Belize is a country with great beaches, turquoise waters, pristine rainforests and waterfalls. A variety of activities both in the inland and at the shore can be offered and allow extraordinary experiences. The country is known for its history in diversity and colonial architecture as well as many majestic Mayan temples; ruins can be found throughout the country.

Many of the forests inhabit are rare species such as the howler monkeys. These rear species gives room for several wildlife adventures. The large barrier reef, which is the longest barrier reef in the Western Hemisphere, together with the small coral islands at the shoreline are a paradise for snorkeling and diving. Sailing tours are a perfect way to explore islands like the beautiful coral island of San Pedro.

Dazzling view of the coral barrier reef in the island of Laughing bird.

Sharks in the coral barrier reef of Belize.

The beautiful beach of Placencia, Belize

Upon your arrival to the international airport of Belize a guide will be waiting for you to take you to your jungle lodge in San Ignacio.

Journey through mountains and pine forest, across the ‘Guacamayo’ River and into dense jungle. Mountain Pine Ridge. It’s an amazing place filled with pine trees. It is the oldest of Belize’s natural parks and encompasses a spectacular range of rolling hills, peaks, and gorges formed from some of the oldest rocks in Central America.

Day 3: Tour to the cave of ATM

In San Ignacio we offer you the tour to the cave of ATM. After a 45 minute walk you will arrive at the entrance of the cave, where you first have to swim to get to the dry part. Here you will see several Mayan treasures and bones of people who were once sacrificed by the Mayans.

Caves were once seen as part of the underworld.you will see several Mayan treasures and bones of people who were once sacrificed by the Mayans. To please the gods people were being sacrificed. After this spectacular tour, you can relax at your hotel and explore the nightlife of San Ignacio in the evening.

After breakfast you will head for Hopkins, a ‘Garifuna’ village on the coast of Belize where you can relax at the beautiful white sand beaches.  Before reaching Hopkins, however, you will first stop at Blue Hole National Park and Magnetic Hill.

Blue Hole National Park has more than 200 species of birds and several beautiful hiking trails. You can walk in the cave of the park where there is beautiful Mayan art.  After visiting the cave take a refreshing dip in the Blue Hole which is formed by the collapse of an underground river channel.  Magnetic Hill is named for a large iron magnet in the road strong enough to roll cars up-hill.  Once in Hopkins you will receive a tour through the village by a local ‘Garifuna’ guide complete with a drum demonstration.

Take the option for a snorkeling tour off the island South Water Caye. This island is part of the barrier reef in the Caribbean, which is the largest reef in the northern hemisphere.  Look for over 350 species of fish in the clear blue waters.

Today you will take a domestic flight to Ambergris Caye.

Would you like to learn how to dive? You have three full days to get PADI certified, and take any of the courses we offer.

Belize offers a great variety of reef types and amazing diving and snorkeling experiences. The Barrier Reef is the longest barrier reef in the Northern Hemisphere and the second longest worldwide!.  A wide variety of flora, fauna and fish can be discovered when exploring the impressive underwater world of Belize. Hard corals, gorgonians, sea fans, tunicates and shellfish of amazing variety populate Belize coastal waters.

The ‘Turneffe’ Atoll Reef is the biggest of Belize three major offshore atoll reefs that make up part of the largest barrier reef in the Northern Hemisphere. Here you will find a variety of smaller reefs, wrecks, and one of the most diverse areas for marine wildlife.

Turneffe Atoll has over 200 cayes within the reef, which are covered with mangroves. These have created land, lagoons, creeks and expansive flats. When you want to discover large fish like barracudas, mackerels and sharks visit the Atoll southern end.  Turneffe Atoll offers spectacular diving for every level.

The marine life at Turneffe Atoll Reef makes the Scuba Diving an adventure like no other dive destination within the Caribbean.

The Great Blue Hole is part of the larger Belize Barrier Reef Reserve, which has been added to the World Heritage Site list of UNESCO. It is one of the most astounding dive sites to be found anywhere on earth and is considered to be a world-first destination for snorkeling and scuba diving.  At over 300 meters wide with a depth of 124 meters, the clear waters of Great Blue Hole allow you to see countless species of marine life and stunning coral formations.

Glover Reef Atoll is Belize most remote atoll.  Here the crowds are fewer and the biology more diverse, especially coral growths.  This Reef Atoll sits on top of underwater ridges close enough to the surface to form excellent coral formations and huge sponges. Be amazed by the clarity of its surrounding waters and the abundance and diversity of fish. You can see king mackerel, eagle rays, bonefish, tarpon, groupers and many more. Also, in the months of April to June, you might even see a whale shark.

Today marks the final day of this fantastic Belize adventure, but it doesn’t have to end just yet. Perhaps you would like to take a tour to Guatemala or to continue north to Mexico.  Contact one of our knowledgeable agents to begin customizing your tour package today.

Join the original banana farm excursion of Belize. Go bananas at this farm excursion, a ranch giving understanding into the plantation process of this appetizing fruit. An introduction video at the beginning of the excursion shows how bananas are prepared, clarifying the circuit they take from the planting to the local markets. Come after experienced guides through the fields to explore a production chain and look how bananas are collected and transported. A truly authentic experience in Belize.

Enter on a saturate and wild jungle experience amidst the verdant natural playground of this wild preserve of Belize. Trek through a preserved rainforest environment that is home to jaguars, other large cats, and colorful birds, fruitful your exercise with a relaxing ride down a jungle river in an inner tube. A swim in a mysterious waterfall pool caps off this trek through immaculate Belizean wilderness.

Trek through the only jaguar reservoir of the world on a nature excursion. Float through a tropical scenery aboard a rugged inner tube. Calm down with a swim underneath a  waterfall. Jungle hikes and trails can be personalized based on the interest of the travelers.

This route ride is exactly laid out for beginner to intermediate riders -lower jungle trail with just the correct amount of challenge. The riding excursion takes you through ever changing landscapes, from crushed pine ridge covered in grandiose ferns to the lush forest and its impressive cohune trees. The trail will deviate to the ‘Sittee’ River where you are able to savor a cool swim or just hike along the river bank and skip stones.

With careful attention paid to the identity of the horses from birth, the ranch staff ensure the finest aspects are animated to provide you with an impeccable riding buddy, each with their own particular charisma. The training begins from the moment they are born, teaching them with an affable hand and ingraining in them the love of humans and the appeal to explore the trail.

Discover the focal points of the coral barrier reef on a catamaran excursion. Snorkel at Shark Ray Alley and Hol Chan. Hol Chan has the biggest assortment of species to be seen in the area and is often set side by side to an aquarium, while at Shark Ray Alley you get to participate in a close appointment with nurse-sharks and stingrays. Watch from the boat or go swimming with them! 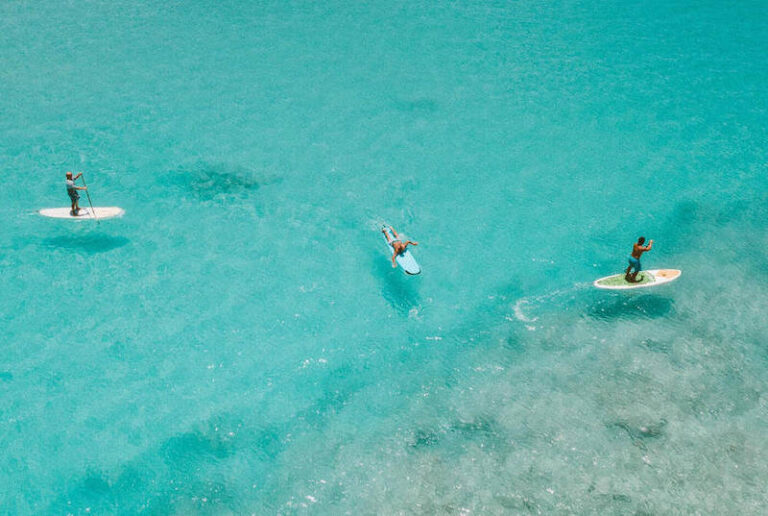 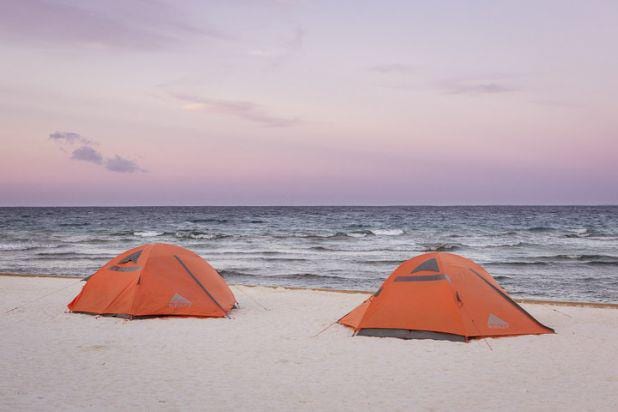 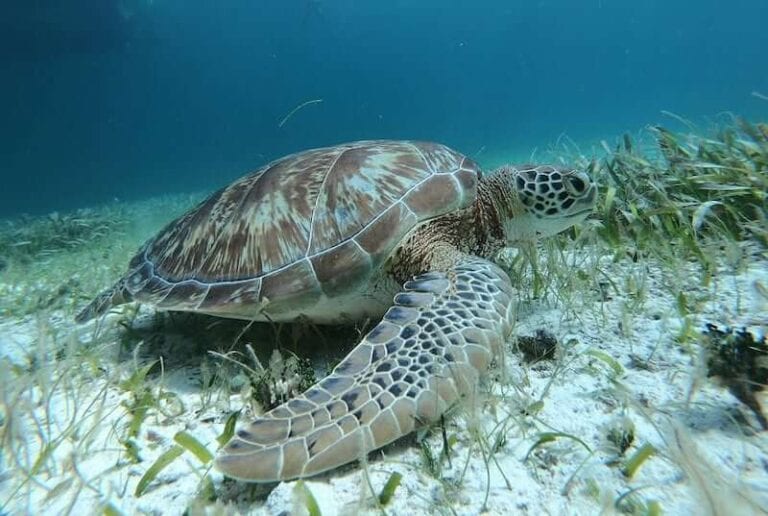