Merida Carnival and Yucatan Tours. Every evening of each day for a week long, you can enjoy the famous Carnival Festivities in the city of Merida. Families and friends can enjoy an event full of parades with magic, mysticism, music, colors, and fun. The carnival is complemented with floats, allegorical carts, and dances after each parade which features national and international known artists and many bands that play in the city.

The Carnival of Merida takes place on the week before Ash Wednesday.

The area around Mérida on the Yucatan Peninsula has many interesting sites to explore. On daily trips, you have the opportunity to see historic sites such as ‘Celestún’, Chichen Itzá and ‘Mayapán’. These historic sites draw attention with their Mayan History and impressive architectural characteristics and archaeological sites. A kayaking tour allows you to discover the mangroves and the beach. 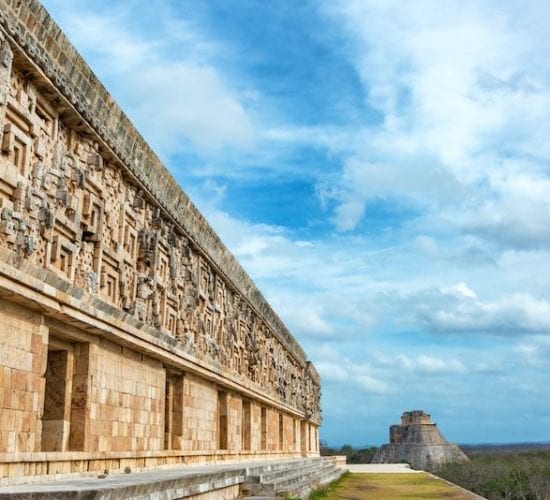 Uxmal Ruins, Mexico.View of the governors palace and the house of the magician in Uxmal. 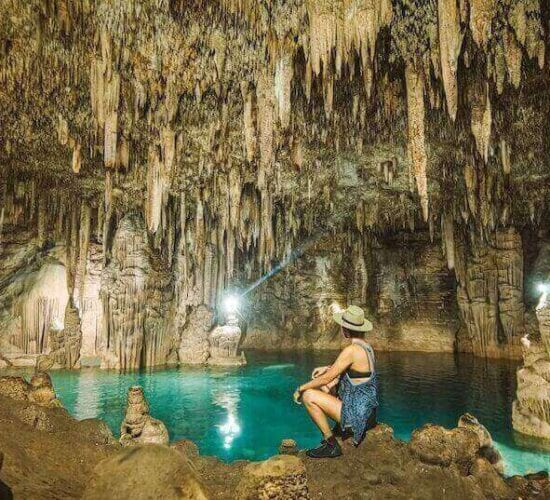 Cenote, Mexico.Beautiful interior of a breathtaking Cenote in Mexico. 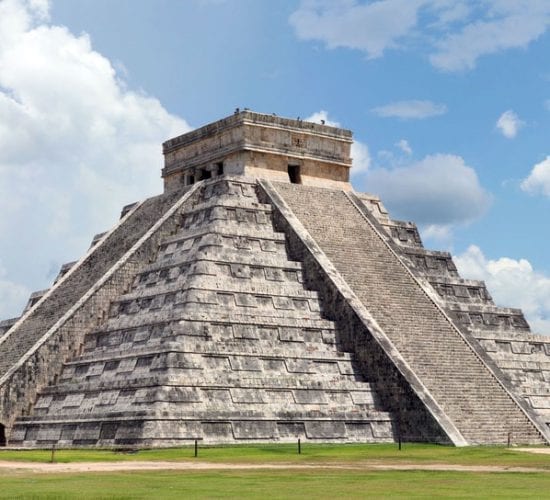 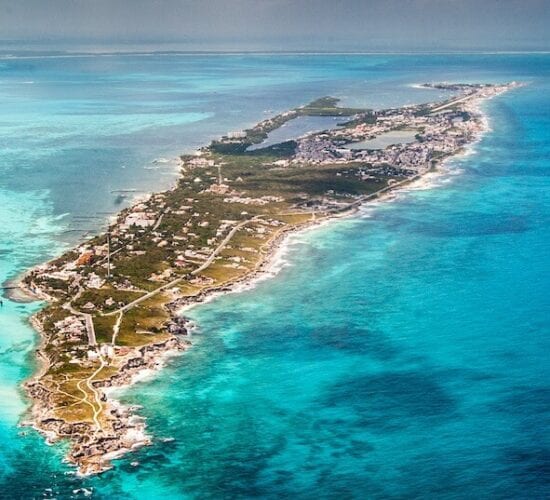 When you arrive in Mérida you will check in at your hotel. You will have one of the best colonial style hotels in the city. You can enjoy the evening by relaxing in the hotel and exploring the city.

In the morning a city tour will introduce you to the colonial city, which was founded by the Spaniard ‘Francisco de Montejo’ on January 6, 1542. Back then, the city was a large Mayan city. It was occupied by the Spaniards, who took apart all pyramids to use the huge stones as the foundation for the Cathedral. This cathedral is the oldest one on the American Continent. The tour further includes a visit to The Great Mayan Museum.

In the evening you can watch the first parade “Burning of the Bad Humor” outside the Palacio Municipal. It will be colourful with lots of costumes, dances and music.

You will take a day tour to ‘Uxmal’.

This is one of the Mayan sites on the Yucatan peninsula with the most magnificent, impressive architectural characteristics. Its beauty is characterized by the low, horizontal palaces that are arranged around patios and quadrangle courtyards.  Many sculptures out of small stones that form perfect geometric mosaics can be found here and it is non-comparable to all other Mayan sites in the whole area.

In the afternoon the “Pre-school Parade” takes place from Palacio Municipal to Parque Santa Lucía in Mérida. The procession includes floats full of children who represent mystical beings known from childhood. Colorful costumes and enthusiasm rule the parade and set aside the bad humor. Kings and Queens of the Carnival celebrations are elected; among the king and queen are children and seniors. Kings and Queens with an intellectual handicap and a mobility handicap are also part of the celebrations, thus this festival is for people from all walks of life.

A kayaking tour leads you through the mangroves and you learn about the importance of this sensitive part of the ecosystem. After this you head east to the archeological zone of X-Cambo which was once a Mayan city of great importance for producing and commercializing salt. Lunch on the beach will be held in Progreso under the shade of a thatched roof; Afterwards, you  will have time to enjoy a stroll on the seaside walk.

In the afternoon you return to Mérida, where another parade awaits you. The “Corso Parade” starts at the Monumento a la Patria on Paseo de Montejo and ends at Parque de San Juan.

Enjoy a free day to explore the festival in the city and in the evening, the “Fantasy Parade” cheers you up. It begins at the Monument on ‘Montejo’ and leads to the Park of ‘San Juan’.

On this day, you will stay in Mérida. Enjoy your breakfast in the hotel and relax in the morning before the “Bachata Parade” starts at noon. The parade will go from Monument on ‘Montejo’ to the Park of ‘San Juan’ to fill your afternoon with lots of fun. Dive in the celebrations and party with the locals.

Located on the Western part of the Yucatan Peninsula, Celestún is a colorful coastal port. A large variety of exotic bird species like the fabulous Pink Flamingos can be seen. The flamingos use the areas around Celestún as their nesting grounds after coming from the Eastern parts of the Yucatan coast. You will have lunch in the city and lots of time to enjoy the beach before returning to Mérida.

Here, the “Regional Parade” is another highlight of the day. Like the other parades it begins at Monumento on Montejo and ends at the Park of San Juan; You pick your favorite place to watch it. On this day, beautiful dresses of the mestizos are worn. People dance the jarana to the tune of Yucatecan music and several allegorical carts and horse-drawn carriages that carry the beautiful ladies of Mérida are part of the parade.

The “Parade of the Battle of the Flowers” will fill up your day. Like the name says, this parade will be very colorful with a huge variety of flowers.

Day 9. Trip to the Mayan city of Chichen Itza.

This trip leads you to one of the most visited archaeological sites in the world. In Chichen Itzá you will find the impressive Pyramid of the Castle, the Great Ball Court and the fascinating Temple of a Thousand Columns. You can dive into Mayan history and also explore Akumal at the coast on an extended trip.

The parade “Burial of Juan Carnaval” marks the end of the carnival festivities in Mérida. It takes place at Square ‘Grande’ in the evening. Juan Carnaval’s widow cries and reads his tongue-in-cheek will. This will be left for the citizens and authorities of the city and this makes the parade one of the most enjoyable and well-attended events of Carnival.

Day 10. Flight departures out of the international airport of Merida, Mexico.

Unfortunately, today marks the end of this holiday. You can also choose to extend your holiday by combining this tour with one of our other tours. Contact us for more information.

You will explore the antique walled city of Mayapan, contemplated as one of the most meaningful cities of the Mayan civilization. Learn about the Mayan awareness about astronomy and mathematics. Mayapan will leave you absolutely amazed and packed with appreciation as soon as you step on these solemn lands for the locals.

During this tour you have the opportunity to choose between visiting the following Cenotes:

Cenotes of ‘Cuzama’: We will explore three Cenotes, each one with extraordinary characteristics. The natural charm of this formation of nature will amaze you. You will be able to swim in their deep waters of underground formations. We will arrive on board a horse-driven wagon on an old train track through the rain forest. It is a place where not many tourists come, an authentic excursion off the beaten path to the rural area of Mexico.

Cenotes of Homun: During this tour, you will discover particular sorts of unbelievable Cenotes. Come and cool off appreciating their crystalline clear waters with slight variation of blue colors making them exclusive and the reason why the Cenotes in this area are considered the most fascinating in the Yucatan Peninsula.